The Ladies and Gents from Sydney’s Old Time Street Rod Club have pulled off another one of their awesome annual Drive In Night’s. We were lucky enough to be able to head over too Blacktown Drive In’s on Saturday night. We got to see first hand the amount of vehicles this event attracts. 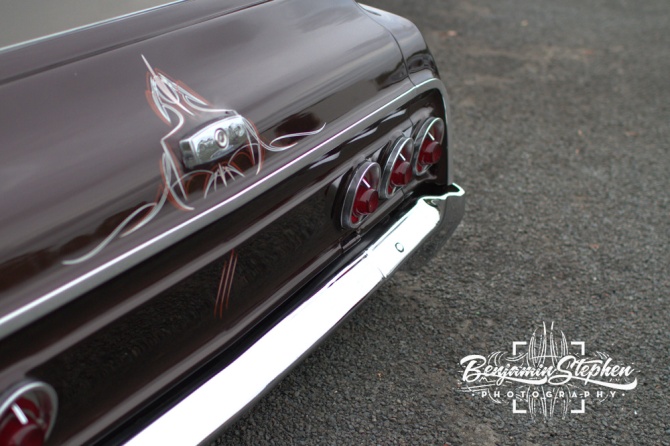 They kick off early starting at 5:30 pm so that there is a decent amount of daylight still around (with the help of daylight savings) and so people have time to check out what’s on show. All sorts of cars had shown up, from the concourse restoration to the daily driver, to the work in progress. Every car showing their own character and intriguing details. 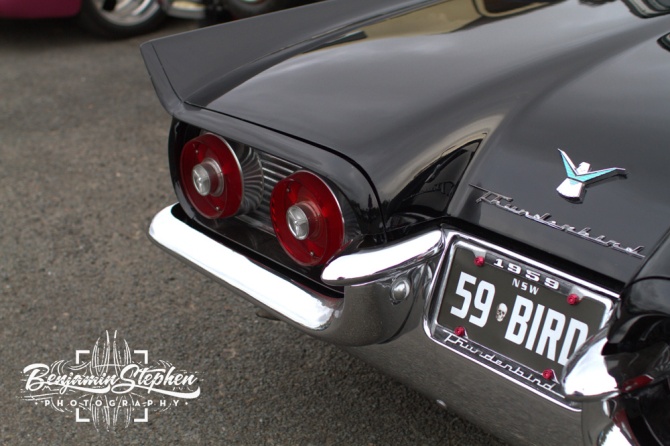 Cars from Multiple eras were proudly on display. Between a 32 Ford Coupe and a 63 Impala Wagon you would find clean examples from the 80’s like this Bright Red Corvette.

Through out the car park there was handfuls of same make cars parked together. This 66 Pontiac Le Mans and 72 Trans Am are a good example.

You would almost never guess that this 55 Special and 65 Riviera where ten years apart. Both being prime pieces of automotive artwork, once again from the same Manufacturer. 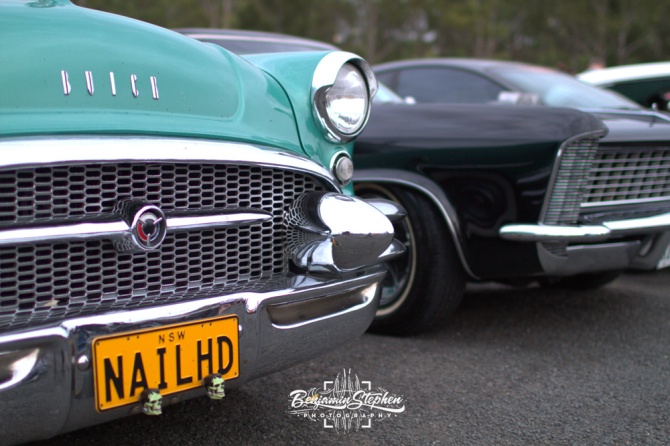 I just had to add this extra photo of the 55 Buick. It may not be as sought after as a 57 Chevrolet, but it has its own style and class, even though they were both overseen by the same mother company, General Motors.

As the afternoon started to descend into darkness, the cars kept rolling through the gates. 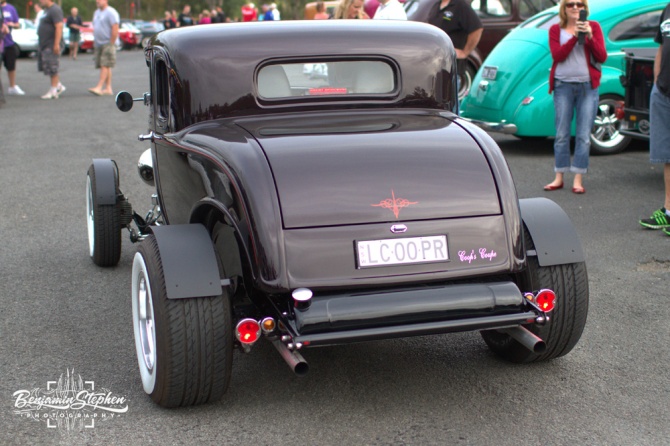 This HR Holden Wagon looked like it had spent a day cruising around Sydney’s beaches hunting some surf. What beetter way to finish off the day, than to head home just in time to get the pillows out, and go enjoy the screening of American Graffiti. 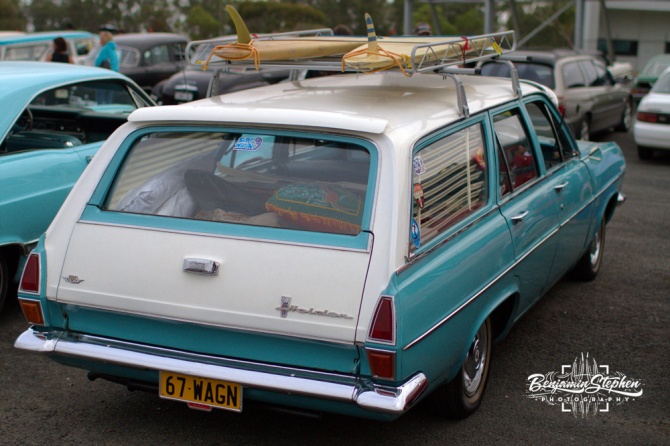 Even the British had got word of the Drive In night. The Triumph Mayflower with its acrylic grey paint, and 1200cc engine capacity, definitely stood out. Even with a LSX powered 57 Chevrolet convertible parked beside it.(More on that vehicle soon.

My attention was drawn pretty quickly towards a aqua 40 model Ford Coupe. 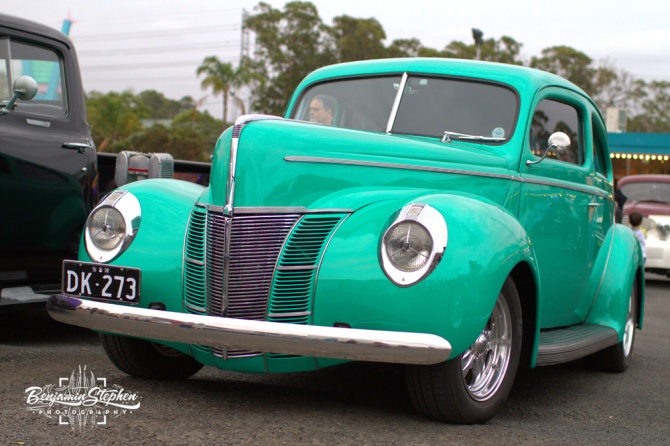 Its clean lines, perfect paint and colour, made it standout from the drab gravel and overcast skys. 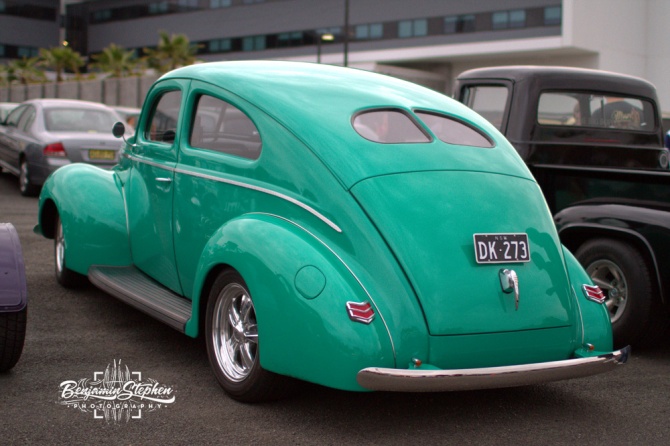 A C10 Chev truck was parked near by. In contrast to it’s white exterior was its interior. Orange Flake covered the dash with some clean pin stripping. The flake flowed down onto the the door inserts, and matching tuck and roll adorned the seats.

This 28 A model had undergone some major suspension, chassis and driveline modifications. It was good to see that it had retained its standard roof line and running boards.

A couple of Klaxon style horns had been added to the front, to add to the look of the vehicle. 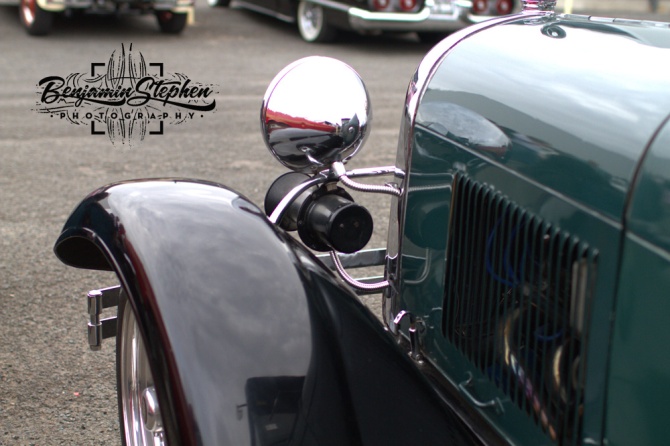 The 55 Chrysler Windsor DeLuxe’s tail lamps were throwing off some awesome light flare.

Everything showed up on the night. Even a Hot Rod School Bus, looking to be built around a 48 F-series truck.

These twin carburetors fitted to a four barrel manifold, atop a small block, where definitely on point for this build.

A low slung 64 Impala wagon was parked up. Its occupants may have chosen to head to the diner style food bar for some refreshments. 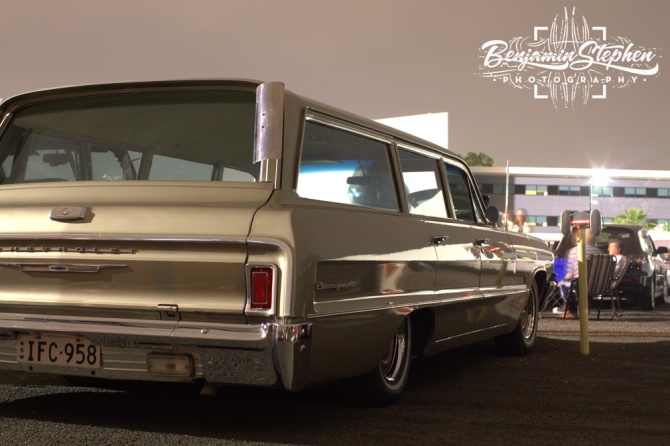 While this group of friends had opted to bring deck chairs and the esky out to enjoy the screening, instead of sitting inside their Chev trucks. 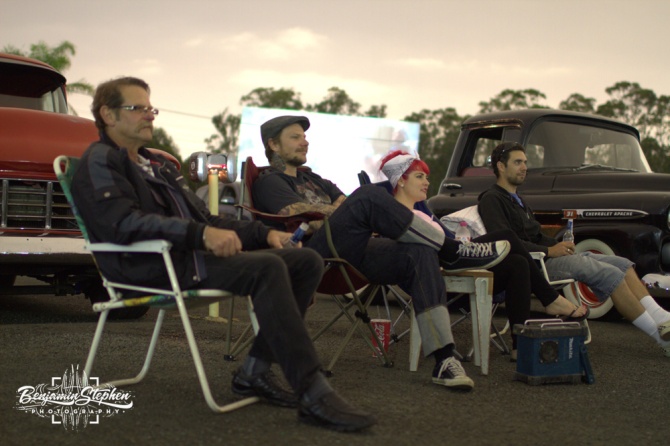 The top field was so packed with cars that the bottom field was slowly starting to see hotrods and customs parked amongst the ordinary daily drivers.

These three, a 37, 32 and 46 Ford where amongst some of the vehicles parked in the lower field. They where also some of the cleanest examples out on the night. 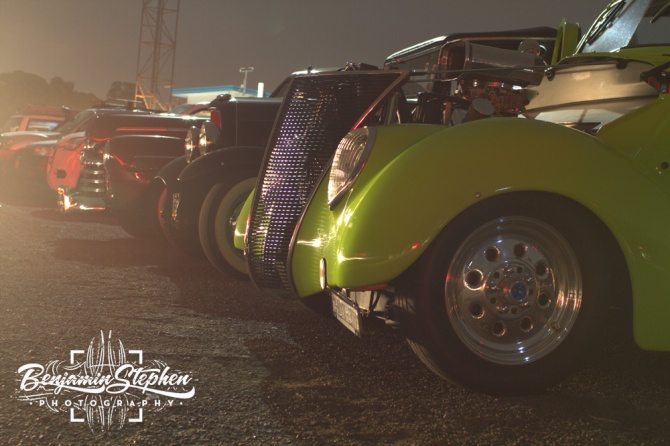 As the movie kicked off everyone went back to their vehicles or their deck chairs and got set in for the feature film.

The Old Time Street Rod club definitely put on a great event, that attracts a lot of enthusiasts. We will be heading out to check out what next year brings. 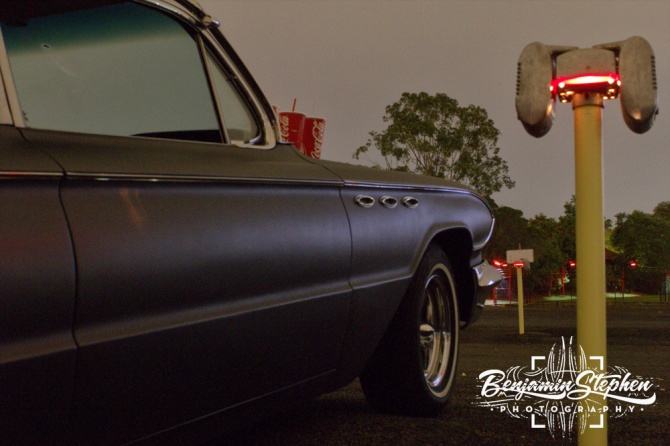